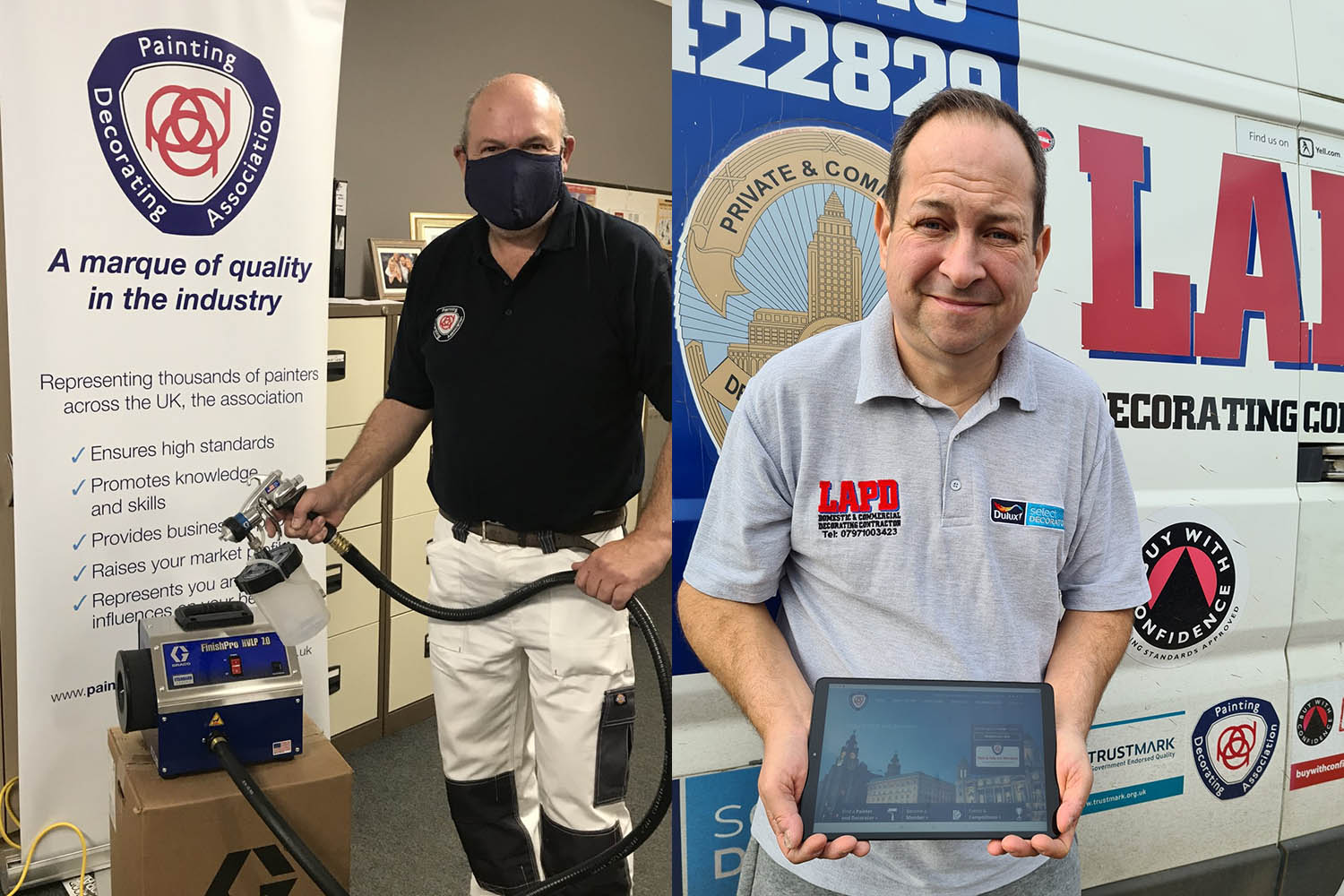 A competition win has added a new asset to the business of a painter and decorator from Oakham.

Stephen had been planning to invest in a Graco spray machine within the next few years and was delighted to add the brand new asset to his business.

The PDA joined forces with a number of its Associate Partners, including Graco, to offer a series of competitions as part of the first ever Online P&D Show – a virtual version of an annual trade show that was postponed due to the Covid-19 pandemic.

As a member of the PDA, Stephen was eligible to enter the online competition for the Graco TurboForce II spray machine.

Operating in the Rutland area for more than 20 years as Stephen Concannon Decorators, Stephen and his long-standing workmate Graham Plumb, work largely in the domestic sector, although they do take on some commercial projects.

Stephen said: “I’m very keen on spraying and I have dabbled before, but I was intending to invest in a better machine. I had planned to save up of the next couple of years for a Graco model as I know they are a good make and it’s a quality, sturdy machine.

“It’s a very good asset for my business. I always save up to invest in the best tools so we have the right equipment for the job.

“I was very fortunate to win – I never win anything so it was fantastic when I found out. It’s great that I’ve been able to introduce the spray machine so much sooner than I had planned.

“I go to the P&D Show every year and I missed being able to walk around and chat with the industry experts like we normally would, but it was good to explore the online version and it was certainly a winner for me.”

Pieter De Swerts at Graco said: “We are glad to hear that Stephen Concannon was announced as the winner of the Graco spray machine competition run by the PDA.

“As a prize we are proud to offer him the HVLP PROCONTRACTOR 7.0 and look forward to seeing some of his best work with this ‘Blue Machine’, apparently his first one. Congrats Stephen and welcome to the Graco family!”

As well as working with Graco, the PDA teamed up with Associate Partners including Mirka, Brewers, Purdy and Axus Décor, to run visitor competitions and provided a Samsung Galaxy tablet prize in another members-only competition.

Lee Sullivan of LAPD Painting and Decorating, based in Writtle near Chelmsford, won the tablet. He said: “I was really pleased. It’s the second time I’ve won a prize in a PDA competition, which is a nice bonus of my PDA membership! I’ve been going to the show for many years and enjoy catching up with colleagues and learning about new products from the experts.

“I’m going to do a bit of everything with the tablet. It will be very useful for my business – when I do quotes I like to take photos and it’ll be great to use the tablet instead of my phone – it’s going to become a really useful business tool.”

The PDA is a long-standing supporter of the P&D Show and the Association’s AGM is usually held at the trade event.

PDA Chief Executive, Neil Ogilvie said: “I’d like to congratulate our winners on their success – it is always a pleasure for us to see members benefiting from industry events and PDA activities.

“I’d also like to thank our Associate Partners, including Graco, Mirka, Brewers, Purdy and Axus Décor, for kindly providing prizes for our online competitions at the show.”